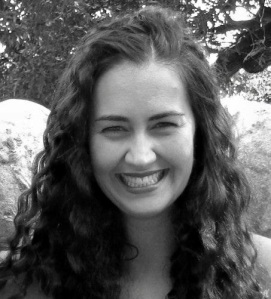 The poet Charles Williams once said that anyone who desires to write about God must desire to write excellently. Of course, somebody who wants to write about God faces all kinds of dilemmas besides the purely technical: the ineffable nature of the divine, for instance, since the metaphysical is by definition beyond description. And shouldn’t everybody who wants to write do so excellently? Why limit that injunction to writing about God? And why limit it to writing? Isn’t it even more important to live excellently?

The practical problem is that the so-called “Western” world is kind of caught between artistic time periods right now. Well, and there’s that other little practical problem, too: there’s an economic recession on, and it hasn’t been easy to make it financially as an artist for a couple of centuries. We’re kind of caught in a stylistic vacuum, wondering what will come next and who will pay for it.

So, how do American writers and artists live? Well, for one thing, we gather together in writers’ workshops, artists’ fellowships, poetry slams, coffeehouse open-mic nights, and so forth, to provide the camaraderie we crave.

I’m blessed to have just such a niche group. It’s called “Ekphrasis: Fellowship of Christians in the Arts.” It meets just about every month, primarily for intense critique of works-in-progress. I love these regular gatherings, which fairly pulsate with affirmation and affection even, or especially, when we’re telling each other what doesn’t work in a new piece. It’s not too inbred, either. One member is the artistic director of Players of the Stage, a youth theatre whose community involvement includes such marvels as raising $11,000 for the Allentown Rescue Mission this year. Another is making a documentary film about marginalized teens in Philly. Another held a poetry reading, sold copies of a chapbook, then donated all proceeds to the Alzheimer’s Foundation. It is great to have a little group like this for accountability, conversation, and creation.

There are ways to avoid being a garret-lonely poet: one is teaching. I teach at a local college where we’re dealing with vitally important personal and social issues. Writing is a healthy exercise for those who have experienced trauma or who are becoming socially aware. Through the lousy syntax and aberrant punctuation pour stories of a child’s death or a catastrophic auto accident; or investigations into teen suicide rates; or an exposure of child sex trafficking. It’s real stuff.

Words are amazing, and I am passionate about avoiding their abuse and harnessing their powerful use. That’s why I write—poetry, drama, fiction, cultural critique, and literary analysis. That’s why I teach literature and writing. That’s why I edit and blog and chatter with my fellow Ekphrasians, and read books about faith and the arts and…

That’s what it comes down to, in my mind. I believe that my Christian faith is not only true, but also beautiful and intelligent. I wish all Christians would be beautiful and intelligent—or at least that everything they write would be. Wouldn’t that be fabulous? No more clichés. No more pat answers. Just profundity and beauty. I’m driven to reintroduce artistic excellence into the Christian community. I’m energized and revitalized by images of faithful grandeur, for the world is indeed charged with the grandeur of God. That’s what we’re all chasing, word by word.

You can read more of Sorina Higgins’s writing on her blog,”Iambic Admonit.”

1 thought on “Writer Sorina Higgins on “My Life in Art””